An estimated 1.2 million tonnes of disused oil and gas installations, from massive rigs to the well heads, are to be brought to shore for reuse, recycling and disposal in the coming decade.

A new industry report, Decommissioning Insight 2021, published by OGUK, which represents the offshore oil and gas industry, will set out plans for what is thought to be one of the largest marine removal programmes ever attempted, with operators spending £16.6bn over the next decade.

About 95 per cent of the material from such installations is typically already recycled but the focus is now moving towards reuse – where component parts, or occasionally whole structures, are redeployed for new purposes with minimal modifications. This avoids the energy and associated emissions needed for cutting up, smelting or crushing components, or making new ones.

Another key aim is to establish the UK as a centre of excellence for decommissioning – an industry that is set for global growth as oil and gas installations around the world reach the ends of their useful lives.

Joe Leask, OGUK’s decommissioning manager, said, “Decommissioning is also a key part of the UK’s transition to low-carbon energy and its aim of reaching net-zero by 2050. This is partly because the installations being removed tend to be older and so generate more emissions relative to the oil and gas they produce. In the future some assets could be repurposed for new uses such as offshore wind and permanent storage of carbon dioxide by pumping it deep under the seabed.” 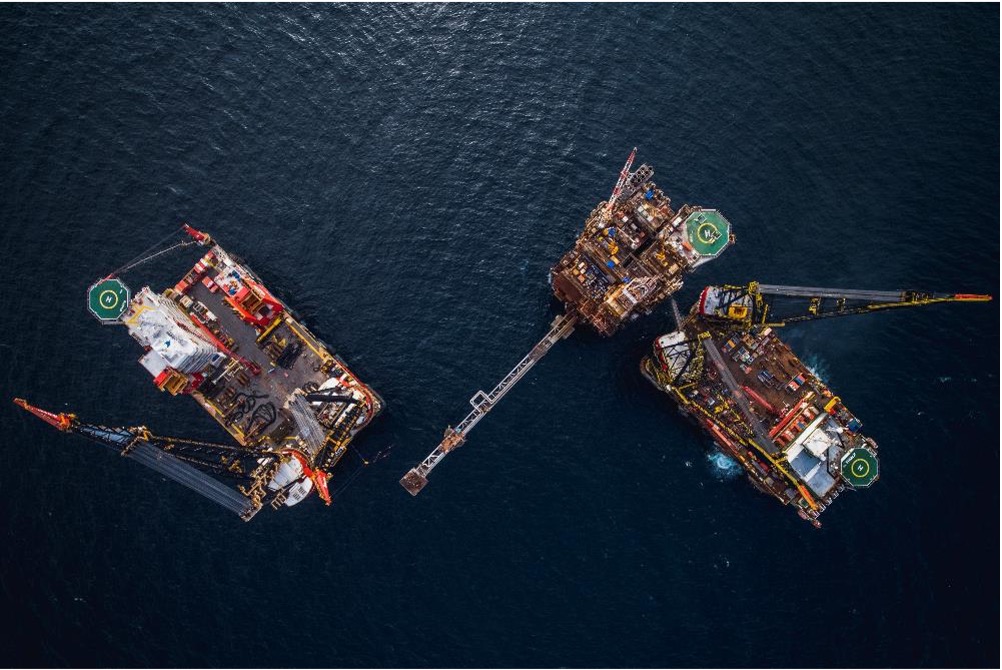