Energy companies Drax Group, Equinor and National Grid have joined to develop the UK’s “first zero carbon cluster” in line with the Committee on Climate Change’s Net Zero report, which emphasised the importance of carbon capture and hydrogen technology in the UK’s drive toward net zero emissions. The partnership is concerned with scale, claiming that large-scale projects like the planned zero carbon cluster are necessary to reach zero emission goals by 2050. The partnership plans to integrate Humber's existing industries into a cluster connected by carbon capture and storage technology and hydrogen production.

Humber has historically been home to industrial developments. Since the 1950s, oil refineries, chemical plants and gas fired power stations have supported the local economy. As the country begins to make the transition to renewable energy, industry will be a primary focus of the local residents. The partnership intends to create new jobs in an emerging renewable energy industry in the region, as well as energy export opportunities. The planned cluster includes numerous refineries and factories as well as Drax’s coal-fired power plant, which the company hopes to keep in business through the implementation of carbon capture technology, though it currently is responsible for the highest levels of industrial emissions in the UK. Keeping the plant and other carbon emitting industrial sites in business through carbon capture would save 55,000 industrial jobs in the area. The partnership has also stated plans to work with local businesses in the project’s development.

The partnership is seeking government approval for the project, which hopes to make Humber the world’s first zero carbon economy and a leader in carbon capture and hydrogen technology. The aforementioned Committee on Climate Change report recommended the development of a zero carbon industrial cluster in the UK by 2030, though the Government has set a deadline of 2040. 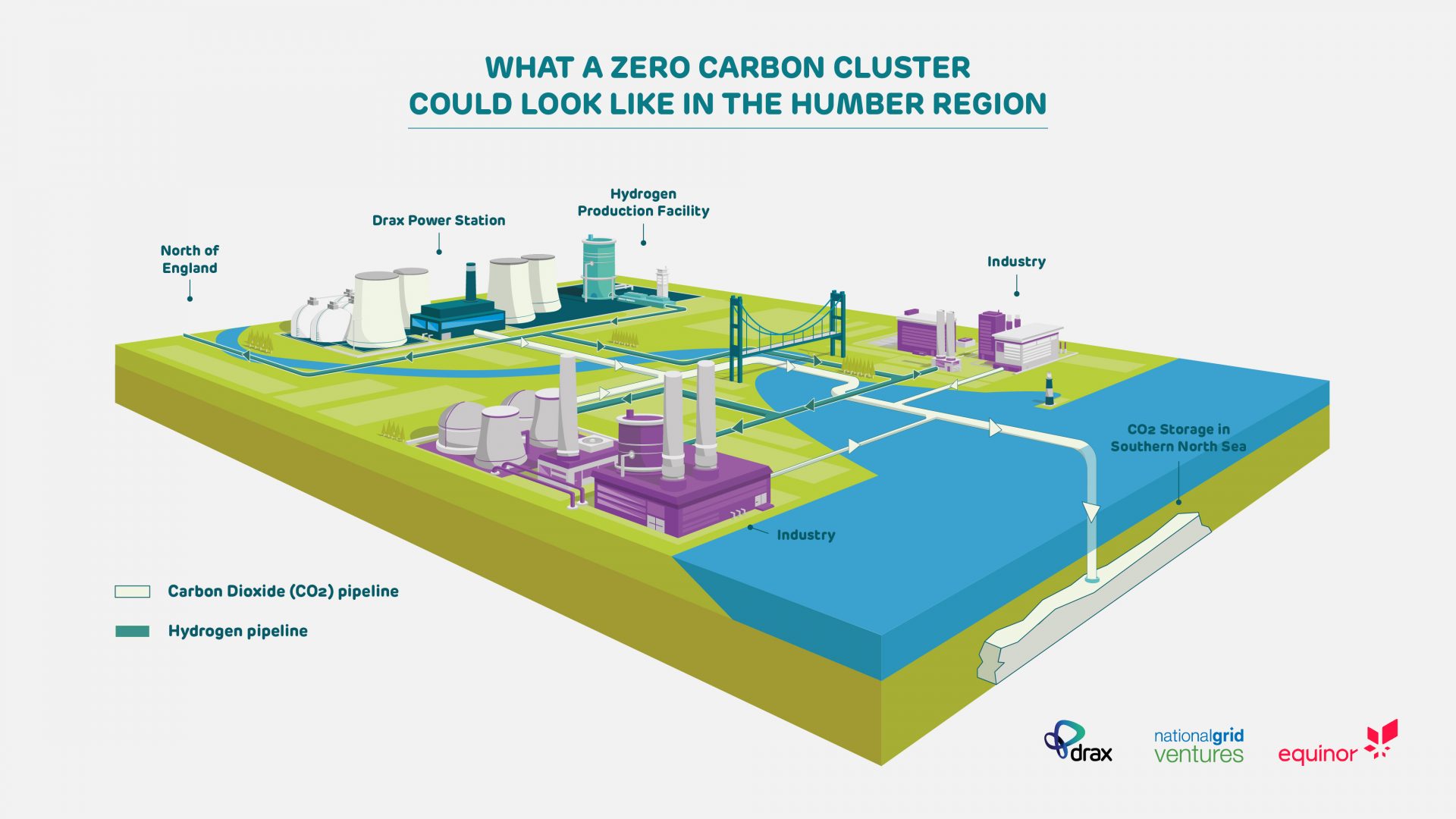